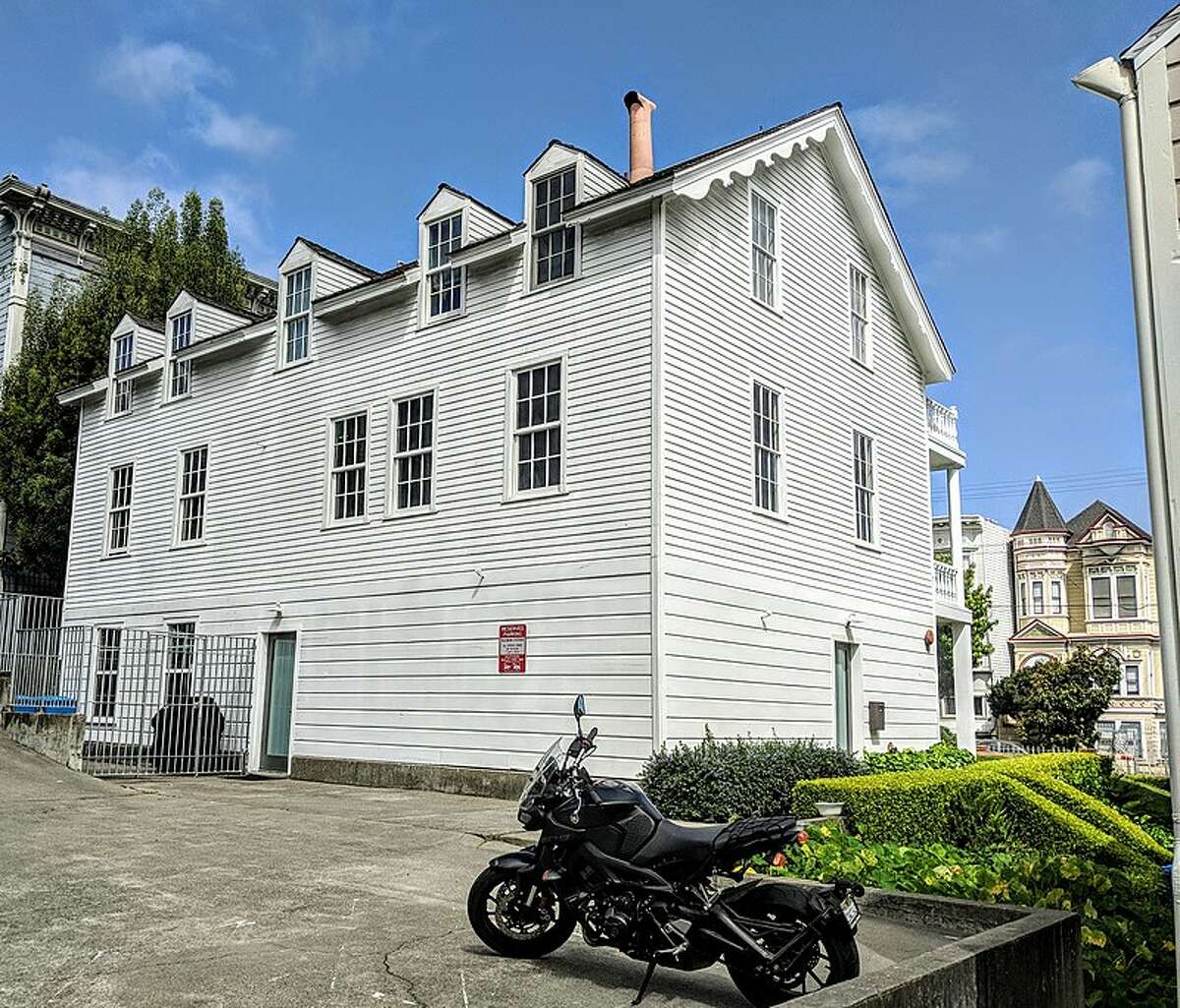 The old farmhouse at 1111 Oak St. looks like it was dropped into the city from another world, which isn’t too far from the truth.

The colonial home’s bright white balcony and veranda look over a pretty, manicured lawn and garden, oblivious to the hustle and bustle of Oak Street and the Divisadero corridor yards away.

The cottage is believed to be the oldest house still standing in San Francisco, and it’s now available to lease, not as a home, but as a commercial office. While the interior has been remodeled over the years to provide 3,500 square feet of office space, the exterior looks largely the same as it did more than 170 years ago, when it was a distant lakeside homestead beyond the city limits, and long before it sat on one of the busiest streets in San Francisco.

It’s not easy to verify the provenance of any pre-1906 San Francisco building — most of the city’s property records were destroyed in the earthquake and fire — but a little digging has revealed a home with a very long and unusual history. Here’s what we know.

The most romantic (and most repeated) origin story for the home tells of a lovelorn lawyer and former colonel in the Mexican-American War, Abner Phelps. Phelps is said to have had the home shipped from New Orleans around Cape Horn to convince his young Louisiana bride, Charlotte Roussell, to move to San Francisco with him.

The romantic ploy apparently worked and the home, then located a few blocks away from its current location, in the center of a 160-acre homestead at the foot of Buena Vista Park, housed the Phelps and their six children for decades. On the small, hilly ranch sat a 100-foot-deep lake “for the boys who were devoted to swimming and duck-hunting.”

A profile of the home in the San Francisco Call reports that the lake was prone to breaking its banks on rainy days, and excitedly recalls the fate of a neighbor who lost his home to the flood: “It’s a matter of history that his piano and a barrel of whiskey belonging to him were found out in the Mission.”

While living there and raising his family, Phelps gained work as an attorney in San Francisco and would ride his horse through the hills from the home to his downtown Montgomery Street law office every day (maybe making him one of the first riders to use The Wiggle).

A 1934 report however contradicts the home’s Louisiana origin story, and says the home was instead built for Phelps by a San Francisco housebuilder with lumber shipped from Maine. A later 1970s report, based on an analysis of the wood by UC Berkeley scientists, posits that the house was built with California redwood. Yet another San Francisco Examiner story says the home went up as early as 1846.

Many of these later findings that coincided with the home’s designation as a San Francisco landmark in the 1970s seemed to debunk and contradict the more romantic round-the-horn tale. In researching this story, however, a previously uncited 1907 article in the San Francisco Call, which interviewed the original family, stated matter-of-factly that the home “was built in Louisiana and came around the Horn all ready to be put up and was pegged to the ground.” That article also reveals that the home was for a long time painted not white but gray, and a hub of San Francisco society.

“There were horses coming and going with the gay throng of guests. Every Sunday there were long tables spread for a host of guests and there were few of the prominent people of the time who were not at one time or another under the roof of Abner Phelps.”

No matter where the home came from, the 1850-or-earlier construction date does make the home the oldest in San Francisco. (Though in terms of nonresidential structures, Mission Dolores and the adobe walls of the Presidio Officers’ Club both date back to the 1776 Spanish colonization.) And while we can’t be sure that the home moved from Louisiana or Maine, we do know that once it got to San Francisco, it didn’t stay in one place for long.

After Abner Phelps’ death in the 1890s, as the city’s blocks were expanding and encroaching on the farms in the western half of the city, the Phelps children moved the family home a few blocks from what’s now the Panhandle to its first numbered address — 329 Divisadero Street. In 1904, the siblings reportedly took the home apart once more and rebuilt it nearby, turning it sideways on the back of that lot to build a haberdashery on Divisadero, managed by two of the Phelps sisters.

There, surrounded by newly built stores and residences, the white cottage was not visible from any street. It was only accessible via a 75-foot alley “barely wide enough for two people walking abreast,” according to the San Francisco Examiner, which referred to the home as the “beautiful Abner Phelps house that few San Franciscans can find.”

(Interestingly, the alleyway entrance that once passed through the haberdashery to the Phelps’ hidden family home is now the unmarked doorway in the same building, just to the left of Gamescape, at 333 Divisadero.)

“It has cost us more than building a new house,” Abner Phelps’ son Walter told the Call on moving the home off the street to the back lot, “but we like to keep the old place.”

The last Phelps to live in the home, Abner’s son George, stayed there until his death in 1940.

Still not visible from the street, the home was purchased in 1969 by a real estate agent named David Finn. Perhaps unsurprisingly, the home was moved yet again in 1977. Almost a century later, this move would finally allow the home to be seen by the passing public once more.

Finn told the Examiner in 1986 that when he acquired the property it was facing south, but after an adjacent Victorian on Oak Street was moved to nearby Page Street, he had his new home turned 180 degrees to face north, where it gained the 1111 Oak Street address it has today.

The entire 3,537-square-foot building is now available for commercial lease at $54.48 per square foot per year, which shakes out to about $16,000 a month for what must be the most unique office space in San Francisco. An iconic building that has, by our count, moved no less than four times.