N.J. woman says illegal fireworks set her home on fire on the Fourth of July 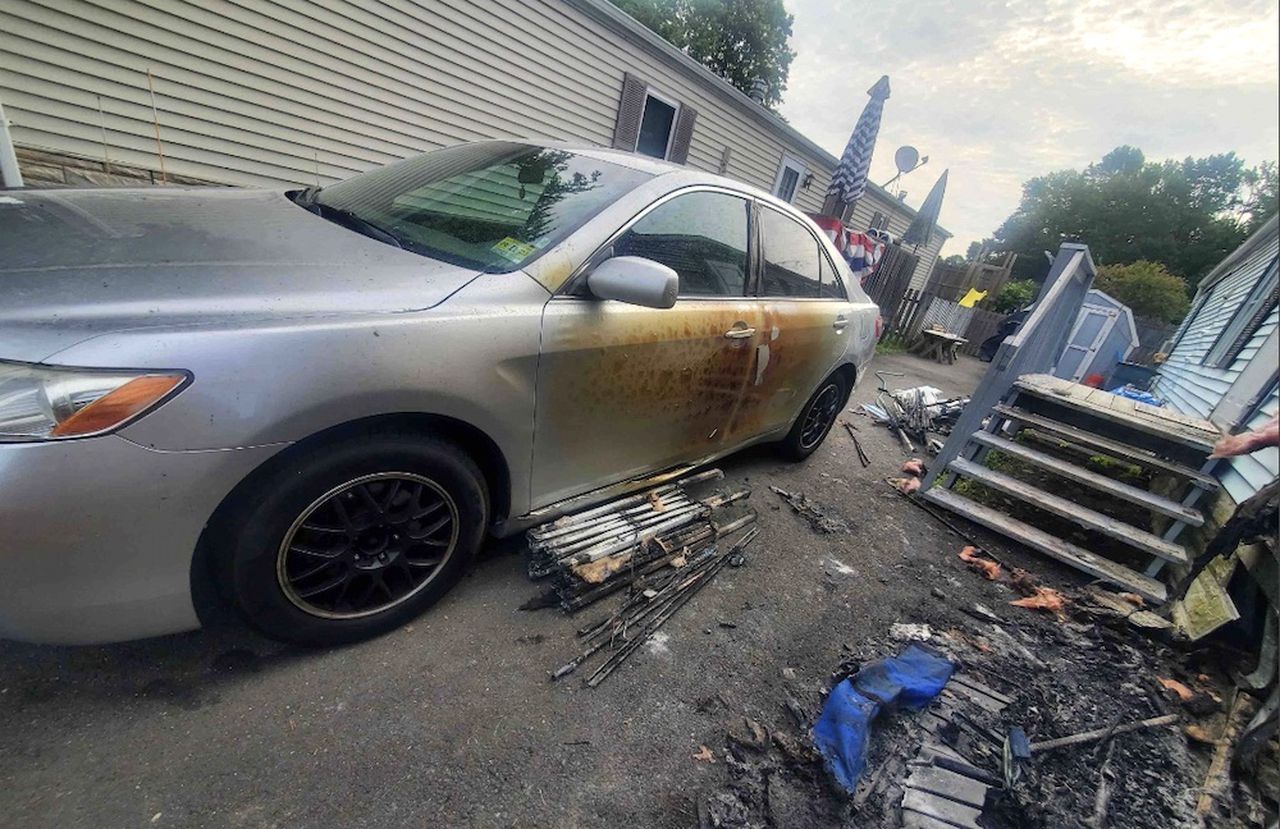 Fire officials in Monmouth County are investigating whether bottle rockets and other illegal fireworks set off by revelers on the Fourth of July caused a mobile home to catch fire in Howell.

Tara Pappas says she and her boyfriend went to bed as bottle rockets and other illegal fireworks lit up the night sky around their home on Citation Street in the Oak Hill development near West Farms Road.

Around 10 p.m., the couple awoke to neighbors yelling for them to get out of the mobile home.

“Nobody rang the doorbell, obviously, because the flames were right there,” Pappas said. “But we heard them yelling, ‘Get out, get out, get out.’”

Pappas, 50, said she ran from the home “petrified” in her nightgown as flames melted the vinyl siding on the front of her home.

“I saw the flames when I went out,” she said. “I looked to the left as I got outside and I had to go past the fire to get out. I was just so upset. It was terrifying. I don’t ever want to be in that position again.”

Pappas said she and her boyfriend were unhurt, as were their pets — a dog, a cat and three snakes. Pappas’ 20-year-old daughter was not home at the time, she said.

Capt. Brian Prochnow, of the Howell Township Fire Bureau, said the cause of the fire remains under investigation. He said he could not confirm that errant fireworks were to blame for the fire.

“The residence did sustain damage from the fire. Right now, there’s no specific cause,” Prochnow said.

However, the fire captain said he wanted to get the word out that fireworks that leave the ground – known as aerial fireworks – are illegal in New Jersey.

“Non-aerial fireworks are the only permitted fireworks in the state,” Prochnow said. “Bottle rockets or anything that leaves the ground are not permitted (for) obvious reasons.”

The captain said fireworks that shoot into the air “should be used by trained professionals, and they should be used in a safe manner and away from any type of combustibles.”

Pappas said she’s hoping a cause for the fire will come this week as the homeowner plans to meet with claims adjusters from her insurance company.

“They’re supposed to come out today and give me an estimate (of damages),” she said.

Pappas said a fire truck blocked her Toyota Camry in the driveway and that flames extended from the home and damaged the vehicle, which was parked about four feet from the flames.

“It’s driveable,” she said of her car. “It just looks like a toasted marshmallow. Surprisingly, the tires didn’t pop.”

Two neighbors with garden hoses and a teenager with a fire extinguisher helped beat back the flames until the fire department arrived, Pappas said.

For now, Pappas said she and her boyfriend are able to stay in the home despite the lingering odor of heavy smoke. She said she hired fire-and-water cleanup experts to help get rid of the smoke, but the smell has remained.

The company “came out last week and they put in these two air-scrubbers, but I don’t feel like it’s doing anything. I still smell the smoke,” she said.